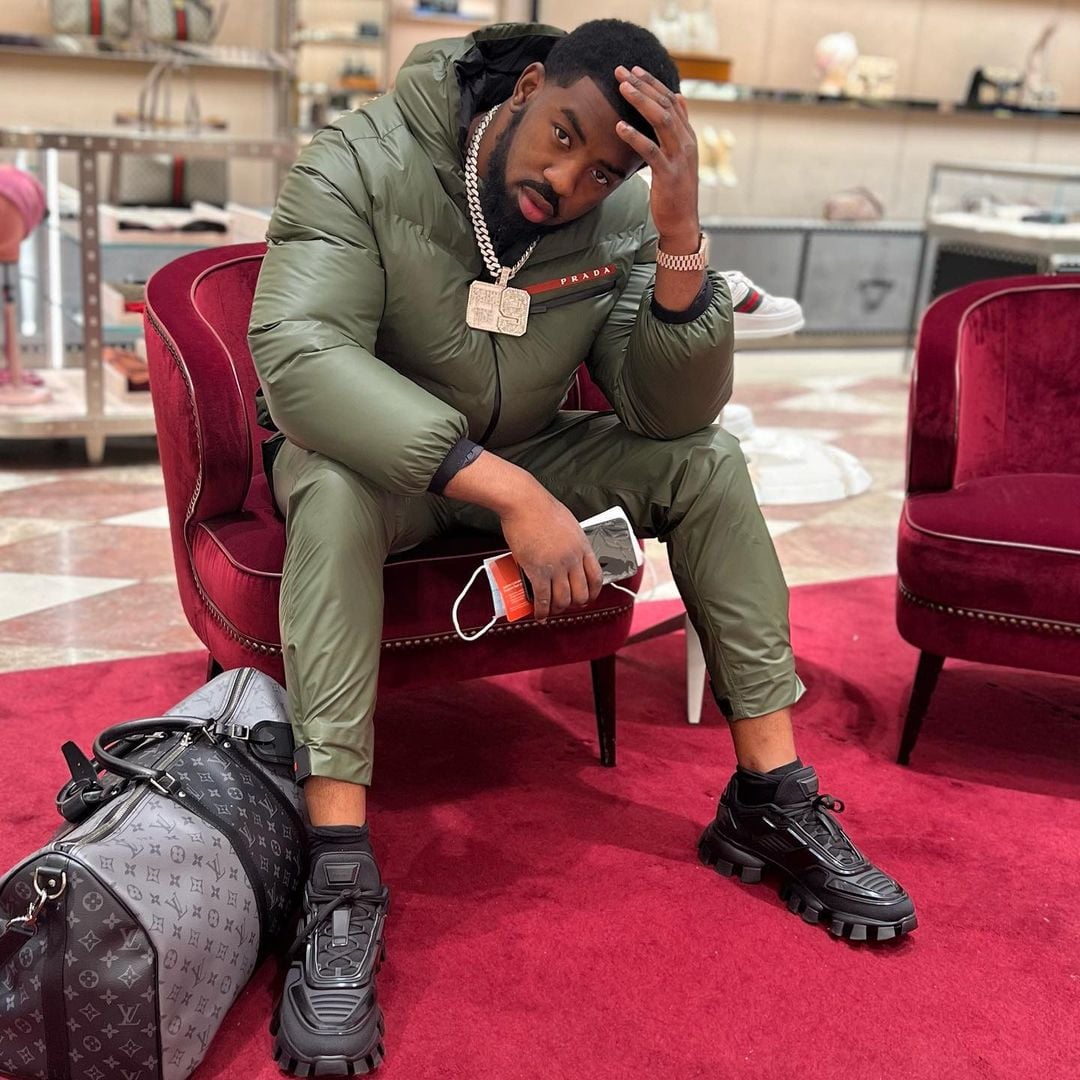 British Rapper and DJ Tion Wayne is known for his swaggering, kinetically infectious brand of U.K. drill and underground grime. He initially garnered buzz for his mixtapes before nabbing Top Ten U.K. singles with 2019’s “Keisha & Becky” featuring Russ Millions and 2020’s “I Dunno” with Dutchavelli and Stormzy. In 2021, he released his debut studio album, Green with Envy, which reached number five on the U.K. albums chart.

Born Dennis Junior Odunwo, Tion Wayne grew up in Edmonton, North London with parents who had immigrated from Nigeria. The MC first started to make a name for himself in 2010 after dropping a handful of videos for various online streaming channels. He quickly rose through the ranks of the predominantly D.I.Y. underground scene, and by 2014 delivered his first proper mixtape, Wayne’s World. Continuing to push his sound on social media and online video streaming, Wayne had built a loyal following by 2016 and supported artists such as U.S. rapper Rick Ross and Ghanaian hip-hop artist Sarkodie. His follow-up mixtape, Wayne’s World, Vol. 2, was also released that year and saw him joined by the likes of One Acen, Scorcher, and frequent collaborator Afro B. Wayne released the Transition EP in 2017 while also playing a host of live dates across the U.K., including a sold-out show at London’s Electric Ballroom. In 2019, he made his U.K. singles chart debut guesting on NSG’s “Options.” Also that year, he released Wayne’s World, Vol. 3 before scoring several more Top Ten U.K. singles, including 2019’s “Keisha & Becky” with Russ Millions and 2020’s “I Dunno” featuring Dutchavelli and Stormzy. In 2021, Wayne released his debut studio album, Green with Envy, which reached number five in the U.K. buoyed by the single “Body,” which again featured Russ Millions.