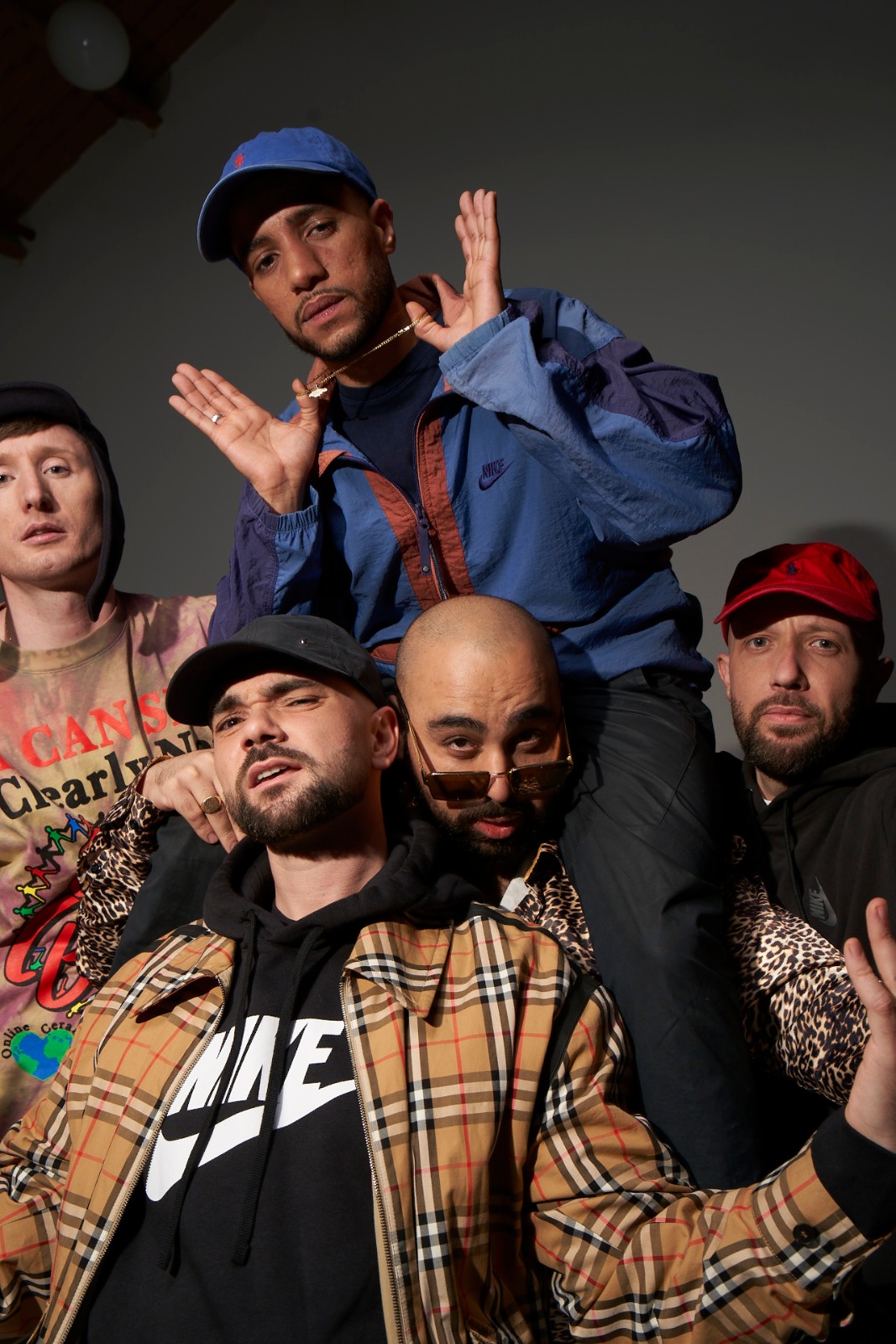 Mustafa and Chegwin grew up in Brentford, West London — the ultimate home of their spoof collective — and cited The Office, Ali G, and This Is Spinal Tap as inspiration for their creation: a hapless, over-confident bunch of MCs and DJs with a comedic lack of talent or self-awareness. 2011 saw the online appearance of five brief webisodes, which caught the attention of BBC Three executives who commissioned a 2012 pilot, as well as People Just Do Nothing’s first series in 2014. Crew leader MC Grindah is portrayed by Mustafa, and DJ Beats by Chegwin. Completing the group are Steves and Chabuddy G — played by Stamp and Chaudry, respectively — as well as Decoy, characterized by Daniel Woolford.

2016 brought the release of “Heart Monitor Riddim,” their first proper single. Next, to coincide with the screening of series four, a mix album — Kurupt FM Present The Lost Tape — was issued in November 2017. It featured a handful of Kurupt FM originals — “It’s a Kuruption Ting,” “Suttin Like That,” and “Get Out the Way” — but primarily comprised the crew MCing over grime and U.K. garage material from the likes of Wiley, Dizzee Rascal, and Wookie. That same year, Kurupt FM followed sporadic live appearances with a set at Glastonbury Festival. In 2018, series five of People Just Do Nothing saw them make a music video for “Heart Monitor Riddim” and appeared to draw a line under the show. However, in 2021, they made the jump to the big screen in People Just Do Nothing: Big in Japan, and issued their first album of original material, Greatest Hits, Vol. 1. The release was preceded by “Summertime,” a collaboration with Craig David.