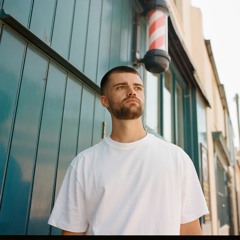 Brighton, U.K.-based DJ/producer Ryan Hurley (aka Kideko) sprang onto the U.K. house scene in 2015 with the release of his debut single, “The Jam.” Originally, Hurley played in local bands as a drummer; it wasn’t until he went to Northbrook College, where he studied music technology and music production, that he became interested in electronic/dance music. His debut single, which sampled Technotronic’s “Pump Up the Jam,” gained him recognition from various BBC Radio 1 DJs, including Annie Mac, Mistajam, Danny Howard, and Pete Tong. Hurley released his second single in 2016 in collaboration with George Kwali, titled “Crank It (Woah!).” “Burnin’ Up,” a 2017 collaboration with Friend Within, was followed by the hooky “Dum Dum,” which featured Tinie Tempah and Becky G. Reviving their earlier partnership, Hurley and Kwali returned in 2018 with “All on Me,” which was followed by the Kideko solo track “Good Thing.”