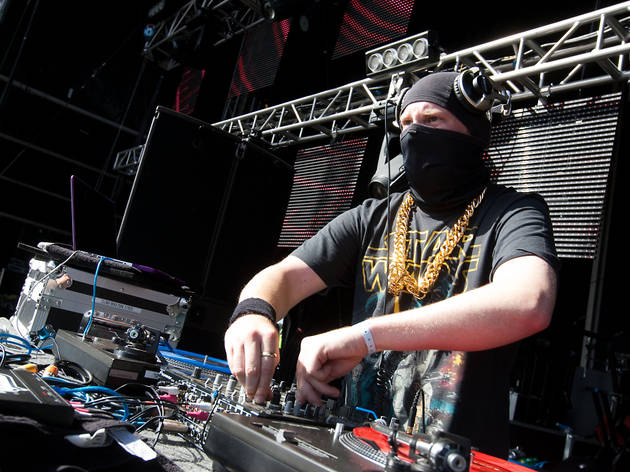 The rise and rise of Jaguar Skills has been well documented. Honing his craft and love of music for the last 20 years Jag has remained true to his school and kept a mysterious edge to his character.
One thing is known though. He has been responsible for some of the most exciting musical projects of the past few years. Largely centered around producing stunning mixes comprises his personal unique edits and mash-ups, Jag has caught the ear and worked with the likes of fashion label Maharishi, fashionista Jade Jagger, Urban Outfitters, Carling Zest, Renault Clio, and of course BBC Radio 1. His relationship with the public service broadcaster started with a weekly 10 Minute Mash Up Mix for the Trevor Nelson Show which ran for several years. This led to him turning in his now legendary mixtape “1979-2006: A Hip-Hop Odyssey – 800 Tracks In 45 Minutes” which was downloaded over a MILLION times. Following this Jag also turned in his ‘History of DnB mix’ and also a ‘History of Ayia Napa’ Mix for the station, such was the demand for his mixing prowess.