Today we are introducing you to our new favourite binge series- Bridgerton. Set in 1800s in London, it is designed for today’s youngsters (mainly millennials and Gen Z), however, it is guaranteed to get anyone hooked on the drama. It might have been released in December, however, now it has gotten so popular that over 63 million household streamed it in January as BBC reports.

Everything about this show is spectacular- the costumes, the cinematography, chosen music, etc- it all pulls you into the story, thus making it nearly impossible to go to sleep at a normal hour. We don’t want to ruin it for those who haven’t seen it just yet, but here’s a sneak peak of one of the cast members: 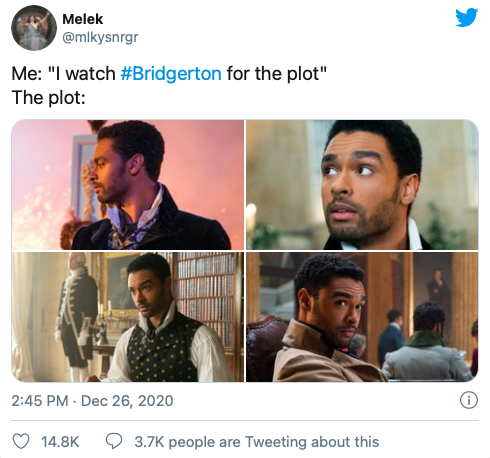 If this isn’t enough to persuade you to check it out on Netflix now, then we don’t know what is….. Either way, tune in and let us know if you like it!