TikTok has became a huge part of many people’s lives thanks to the first lockdown, however when other users are seen replicating popular dance moves, then Ellis Lloyd Jones has taken this as an opportunity to represent Wales with pride.

Even thought Ellis has used the app since 2019, when most people hadn’t even heard about it yet, he first shot to fame in 2020 March with a video “Celebrities you probably didn’t know were Welsh”, which has now gained about 49k likes and thousands of comments. After this video, the Welshie started to produce all kinds of content ranging from how to pronounce the longest train station name in Welsh to funny situations in Greggs, where he used to work. As TikTok has allowed Ellis to build up such a big following, plus with royalties from every million views (as a perk for being a part of TikTok creator fund), he has been able to quit his job now to focus more on university work and TikTok. 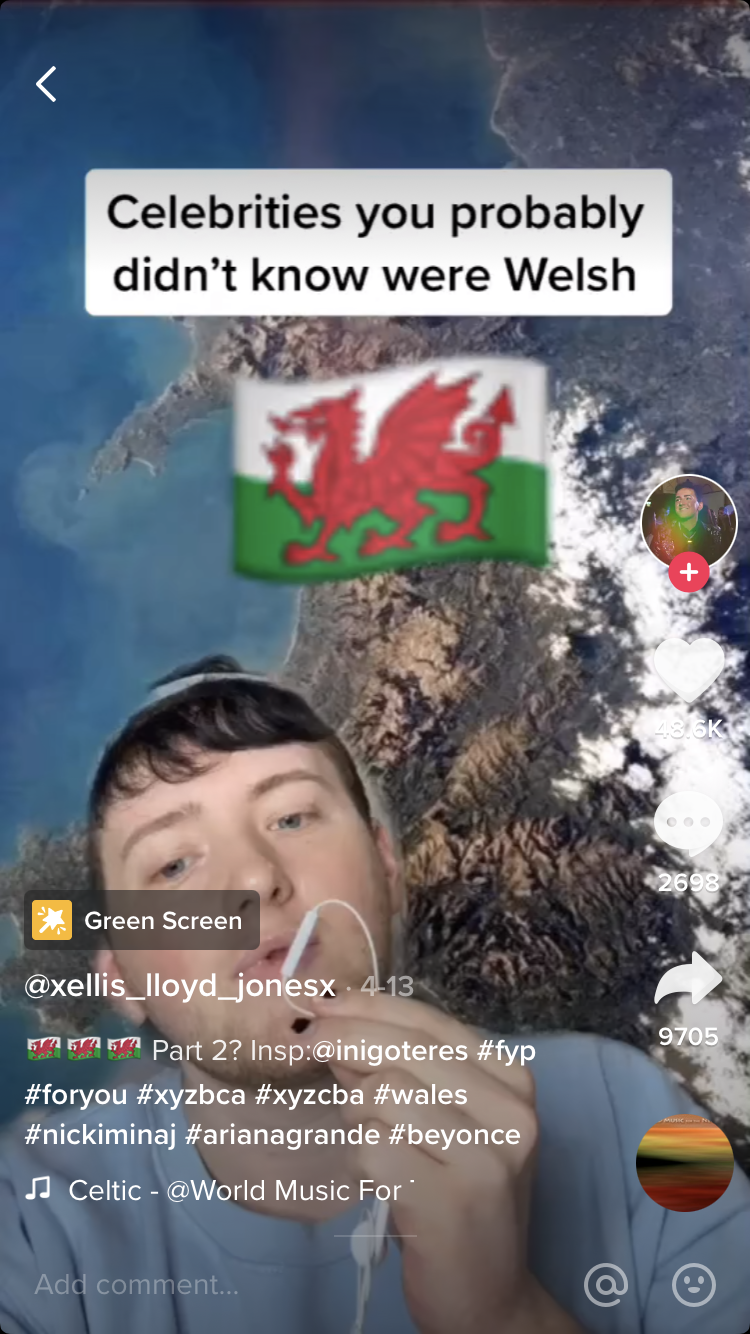 Ellis’ TikTok journey has given him opportunities to work together with S4C and BBC and many other companies, which has been crazy as The Tab reported. Currently, he has 4.9 million likes and more than 122k followers. Climax Live wishes Ellis good luck for the future and we sure can’t wait to see some more awesome content!